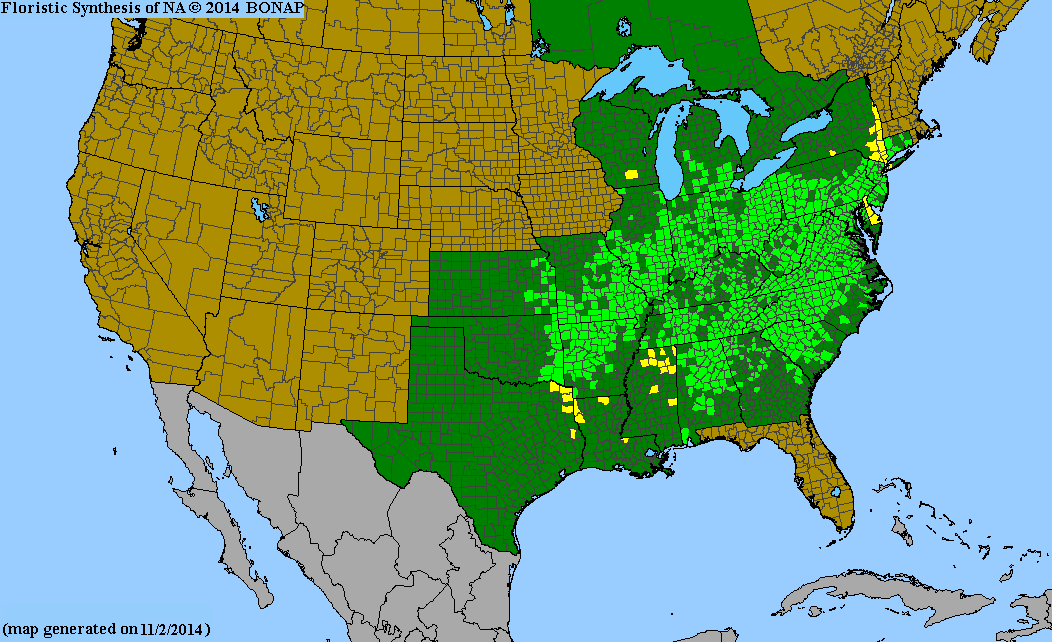 Heuchera americana, or American Alumroot, is native to most of the eastern third of the United States, except Maine and Florida, and it can also be found in the south-central US. It grows on woodland edges, as well as in open fields and prairies. It blooms in late spring into early summer, with small greenish flowers that have very small white to green petals.

This genus, and even this species, has been used to create a number of hybrid and cultivar species that are grown in gardens with showy foliage and showy flowers. But this species is the so-called "standard" native variety and its flowers are much less showy. There are a number of Heuchera species in the east and west; more information on differentiating them with pictures will be posted soon.