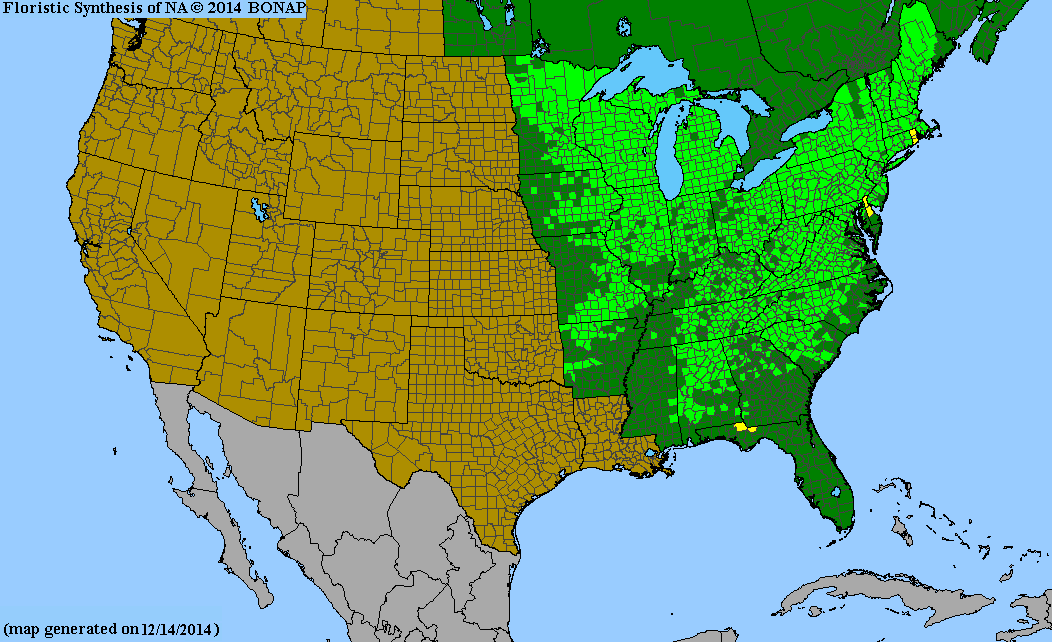 Hepatica americana, or Round Lobed Hepatica, is native to most of the eastern United States. It grows in open woods. It blooms in early spring, with delicate blue flowers, and shortly thereafter new fuzzy leaves emerge that will persist until the following spring.