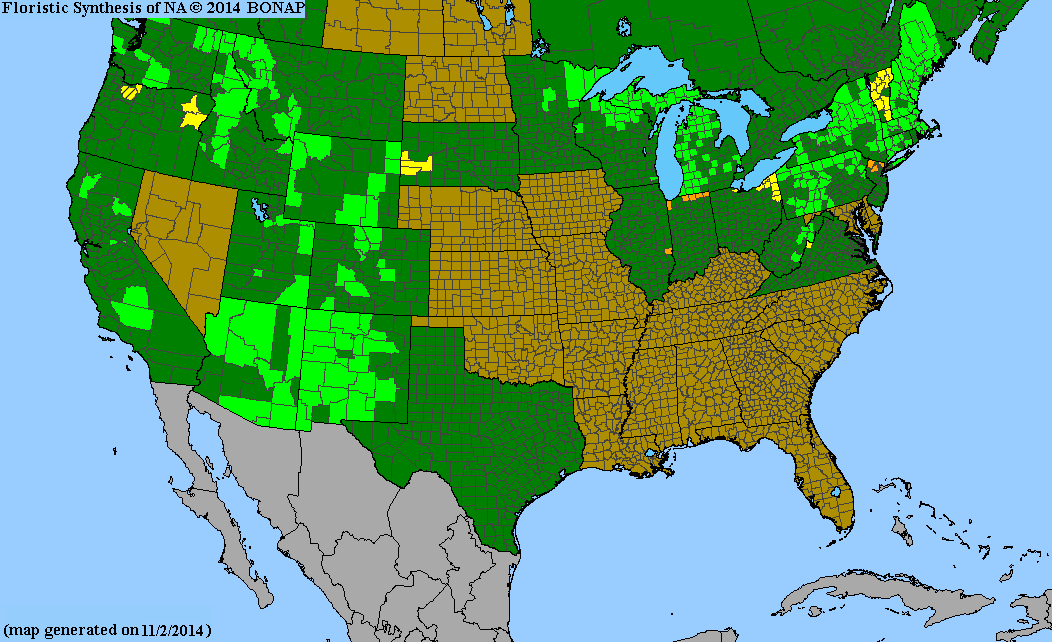 Gnaphalium macounii, or Macoun's Rabbit Tobacco, is native to the northeastern and western United States. It is an annual, and grows in dry, sandy fields, prairies, and open woods and along roadsides and railroads. It often germinates in fall and overwinters as a rosette of fuzzy white leaves. The plants have an aromatic quality to them.

There are several species of Gnaphalium in the US. Only several are covered here at this time - more will be added at a later time. Gnaphalium macounii has a white substance on its leaves that almost looks like powder or mildew - this sets it apart from many other plants it could be confused with, but Gnaphalium helleri and Gnaphalium obtusifolium are both very similar, and have a similar distribution. Gnaphalium helleri looks very similar, but lacks the white mildewy look of the leaves and has just green leaves; meanwhile, Gnaphalium obtusifolium looks about the same and has the white mildewy look, except that its leaves do NOT clasp around the stem, where Gnaphlium macounii does clasp. The latter two species are pictured below. More images will follow later of other species.