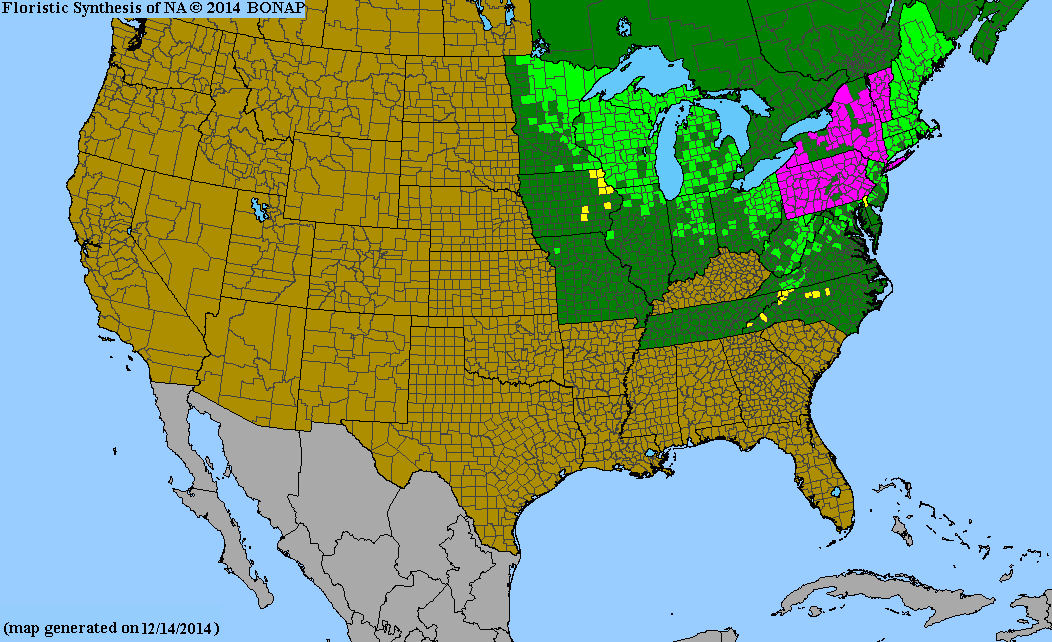 Galium asprellum, or Rough Bedstraw, is native the northeastern quarter of the United States. It is a perennial, which grows in moist areas, like ditches, streamsides, swamps, marshes and wet thickets. It has weak stems, but its sticky leaves cling to much and it grows up things and clings to them. It begins bloomoing in mid to late summer and continue into early fall, with clumps of small white flowers.

There are quite a few Galium species in the United States, but this species seems to be fairly easy to identify mostly by its habit and blooming time. It is a later bloomer than many Galium species, often not beginning to bloom until July or August. In addition, it has a strongly "rough" feel to it, which is due to sticky hairs that are all over its stems and leaves. This is similar to Galium aparine, but that species is an annual and blooms in early spring. This, combined with its white flowers and preference for moist growing sites, separates it among other species.