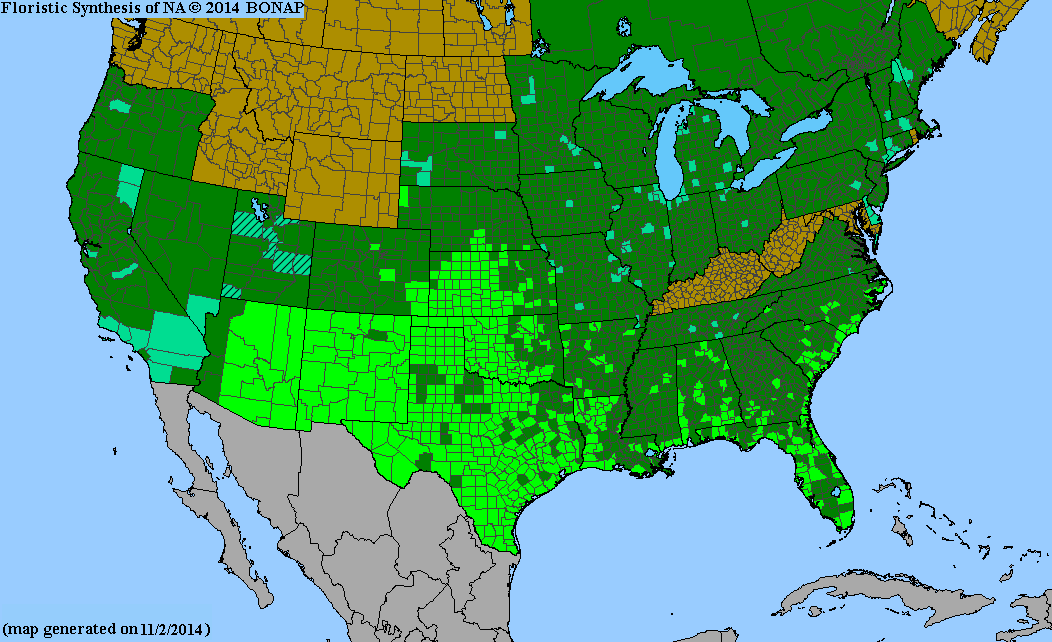 Gaillardia pulchella, or Indian Blanket, is a native annual to the southern half of the US, and it is adventive in much of the rest of it. It grows in dry fields and prairies.

There are about 10 species of Gaillardia in the US. Most of them have yellow flowers; Gaillardia pulchella has more red than yellow, and is an annual. This varies from the cultivated hybrid - Gaillardia grandiflora which also has more red than yellow, but is a short-lived perennial, and tends to sprawl along the ground, rather than have erect stems. It was made as a hybrid from Gaillardia pulchella, and another native species, Gaillardia aristata, which is another prairie species, but it is more yellow than red, and is also perennial.