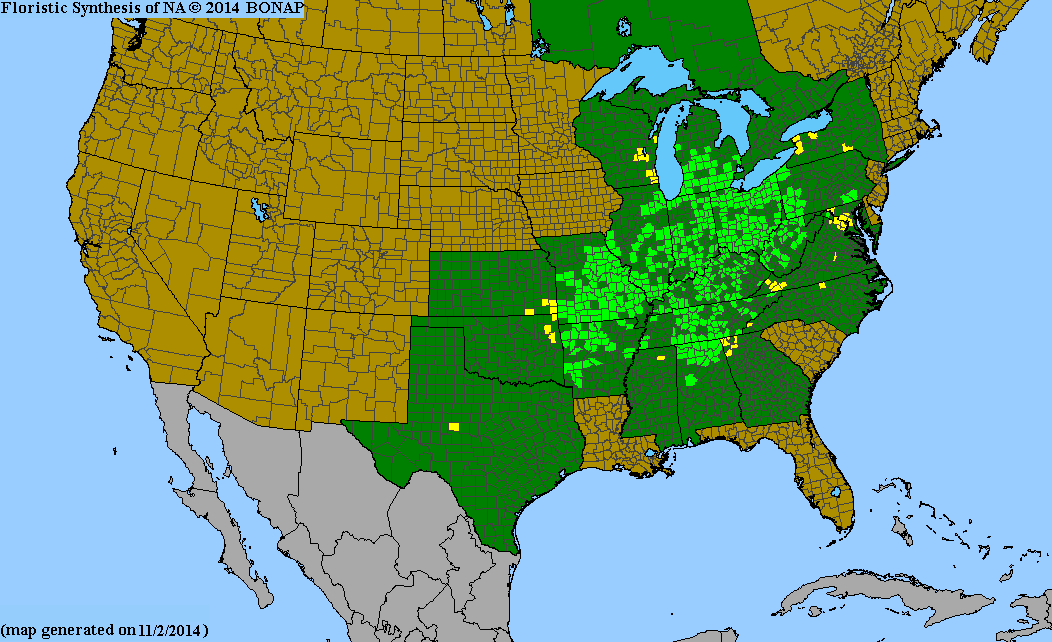 Erigenia bulbosa, or Harbinger of Spring, is native to much of the eastern United States. It is a perennial, with a bulb that grows in open woods. It blooms in very early spring, usually one of the first things to bloom each season; it begins with white and purple flowers that turn white and black with time.

This plant is easily recognized, but not easily found - the plant does not have much else that looks like it, but its small stature makes it difficult to find, as it blooms very early in the season, and leaves usually cover up the blooms. Leaves only come out later once the plant is finished blooming. If the plant is not going to bloom in a given season, the leaves come out later than the flowers would. The plant is an ephemeral and disappears again under the ground after setting seed, only to appear the following season.