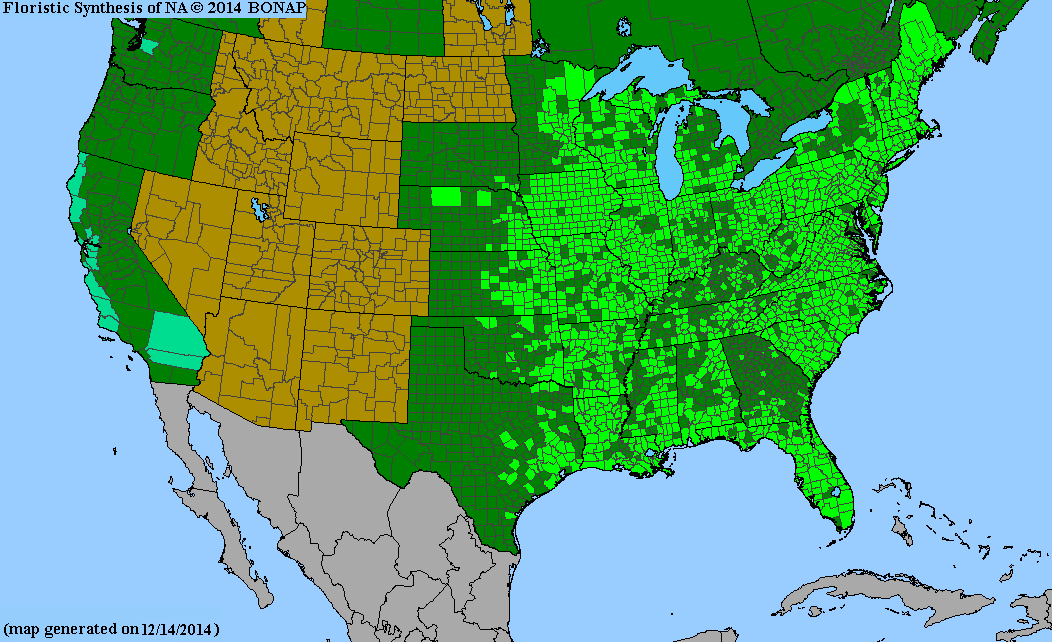 Erechtites hieraciifolius, or Burnweed, is native to much of the eastern United States, and is also considered adventive to the 3 Western coast states. It is an annual that grows in disturbed areas, along buildings, roadsides, trails, in open woods and in yards. As the common name suggests, it often comes up after a fire or burn. The flowers are small and white.

This plant is not very hard to identify when in bloom, because its small flowers look like they are in perpetual bud - the appear to never open, but they are in fact just small. The leaves resemble those of lettuce (Lactuca) species, but are greener, less veiny and have more teeth on the edges usually. The plant is often much more noticeable in fruit, as its dandelion-like seed heads seem to 'leak' out of them like bubbles out of a bath.