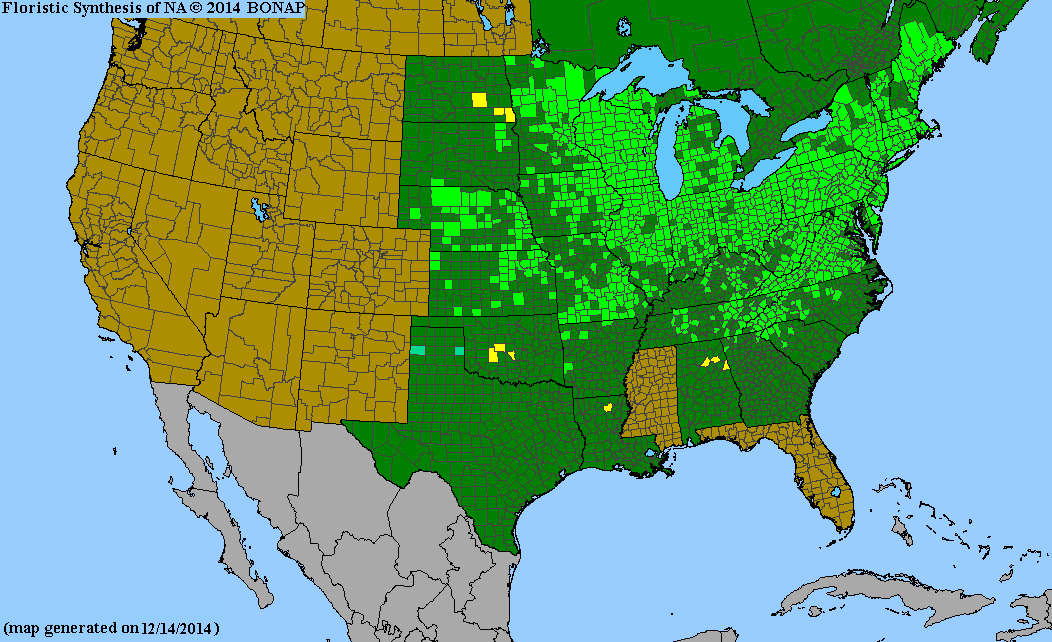 Epilobium coloratum, or Purple-leaf Willowherb, is native to most of the eastern United States. It is a hardy perennial, which grows in moist areas, like ditches, wet meadows and prairies, bogs, fens, swamps and open, boggy woods. It blooms from mid to late summer, with white or very light pink flowers.

This plant looks very similar to many of its Epilobium cousins, and they all tend to grow in the same type of habitat. The species that looks most like it is Epilobium ciliatum. Use the following guide to try to separate them:
Epilobium ciliatum: it has shorter, stouter leaves, usually, though they can be longer too; the teeth on the leaves are usually symmetric on both sides, or close to it; the plant does not often have the Purple-leaf coloration that its cousin gets, especially later in the season; this plant is usually a trimmer, less bushy and weedy looking plant; finally, the color of the flowers on this are usually pinker
Epilobium coloratum: it has longer, thinner leaves, with teeth that are irregular and not symmetrical; the plant very frequently has Purple-leaf coloration of its leaves, especially later in the season; it often develops a bushy, weedy look to it, especially as the plant gets older in the season; its flowers are usually pale pink, or even white

See below for a comparison photo.