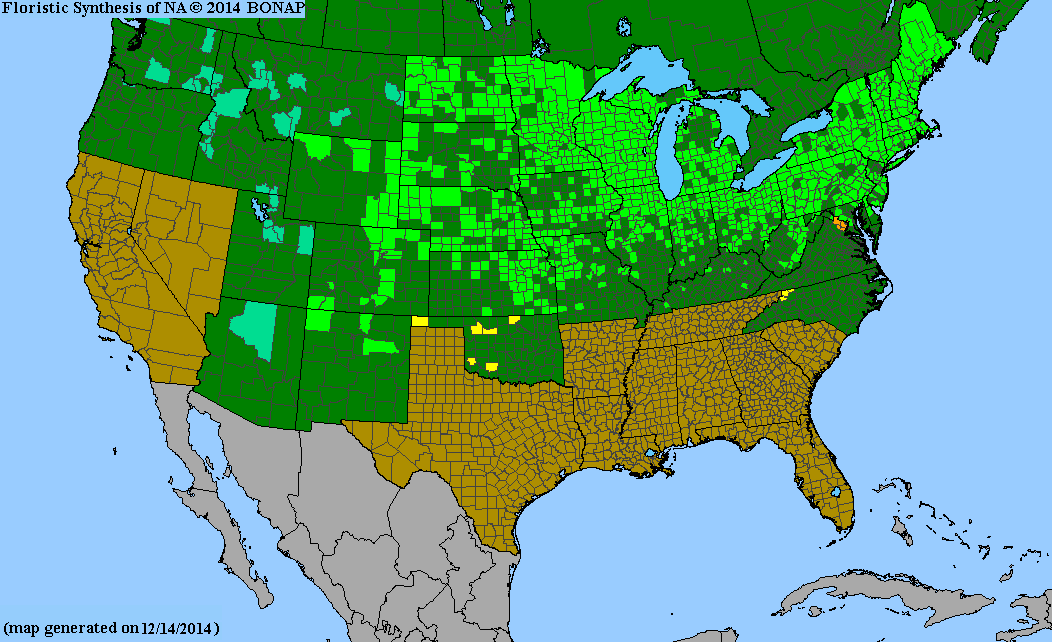 Echinocystis lobata, or Wild Cucumber, is an annual vine native to the northeastern, north-central and north-midwestern United States, and is adventive in part of the Western US. It is an aggressive and fast-growing vine that can quickly cover the areas it frequents, which is usually open woodland borders and streamsides - often it can be seen growing up into the canopy. It can cover the outside edge of the woods with beautiful flowers.

This plant is the only species in its genus, but it also has a lookalike cousin, Sicyos angulatus, from which it can most easily distinguished by its white flowers (the former has green), and the fact that it produces seed pods that encapsulate the seeds, whereas Sicyos angulatus produces just a cluster of bur-filled seeds. See photo for comparison.