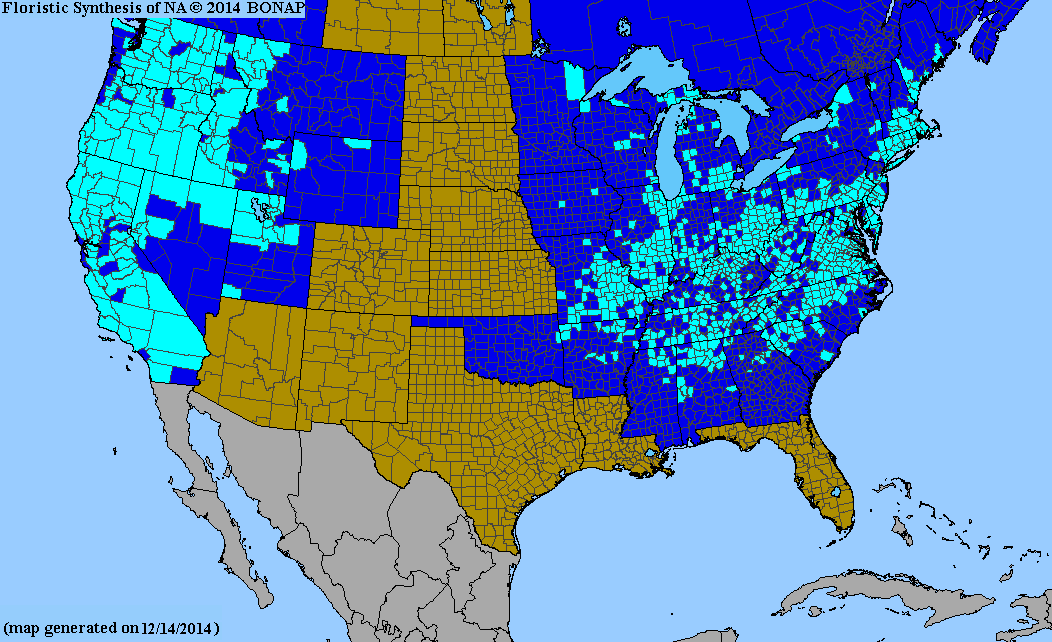 Draba verna, or Spring Draba, is a late winter and spring annual that comes up in late fall or late winter. It is arguably native, though many references say it is introduced - it can be found growing in the Eastern US and the Western US, but is absent from the central US. It grows in fields, prairies, and also in open areas of lawns and driveways. It blooms very early in spring and then sets seed and dies back until the following fall.

This plant looks like many other species of Draba, but its most distinguishing feature is on its flowers, which has single petals that are deeply divided into two lobes, so much that it looks like four sets of two petals.