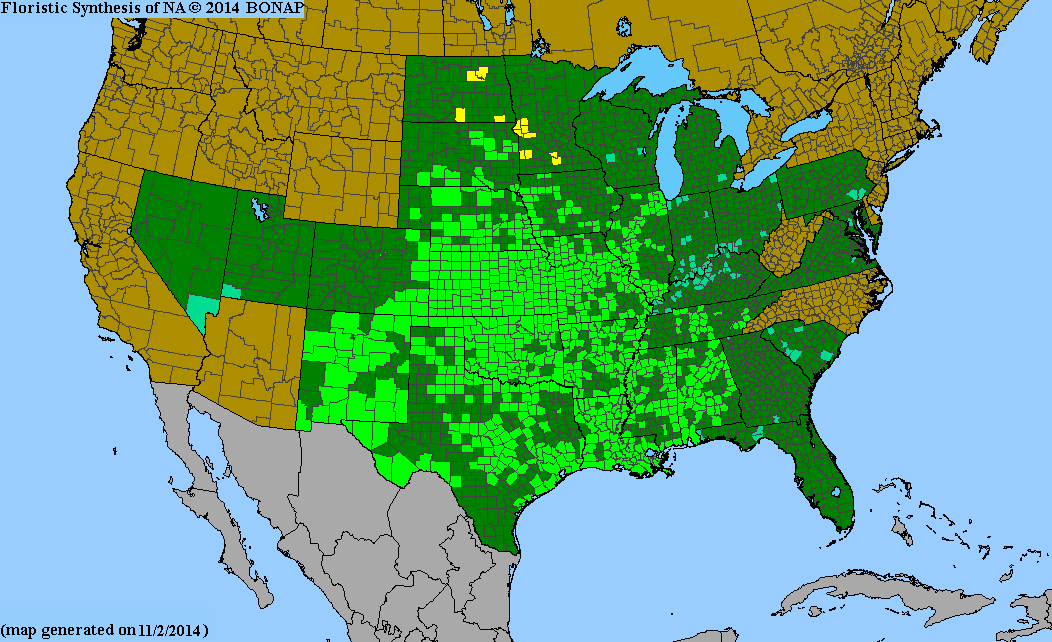 Desmanthus illinoensis, or Illinois Bundleflower, is native to most of the central United States. It is a hardy perennial, which grows in prairies, meadows, and along lake shores, river banks and woodland edges. It blooms in mid summer, with feathery white flowers.

This plant is similar to Mimosa species, but its leaves do not close when touched, its stems much less spiny and its flowers are white, not pink.