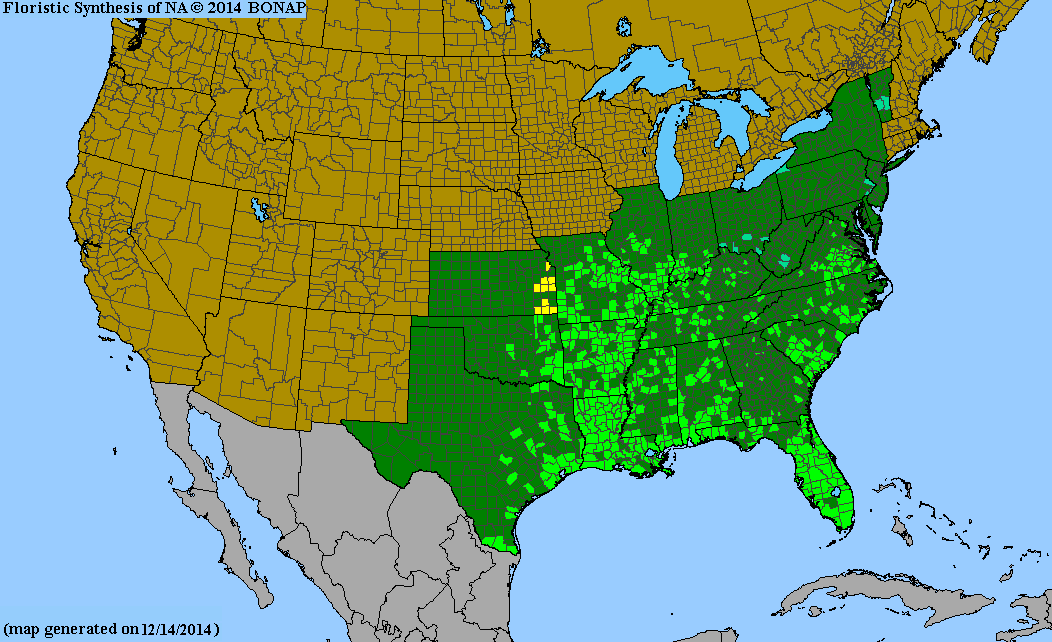 Commelina diffusa, or Climbing Dayflower, is native to much of the southeastern United States. It is often an annual but in warmer areas, it will survive as a tender perennial. It occurs in moist woods, and frequently also grows in lawns, waste areas, often as a yard weed. There are four native species of Commelina in the US, as well as several non-native species.

Commelina diffusa can best be distinguished by its three blue petals, and relatively small stature. In addition, the plant grows along the ground and new roots come out at the nodes, starting new plants, as it spreads along the ground, this latter feature is unique to this species, among the native varieties.