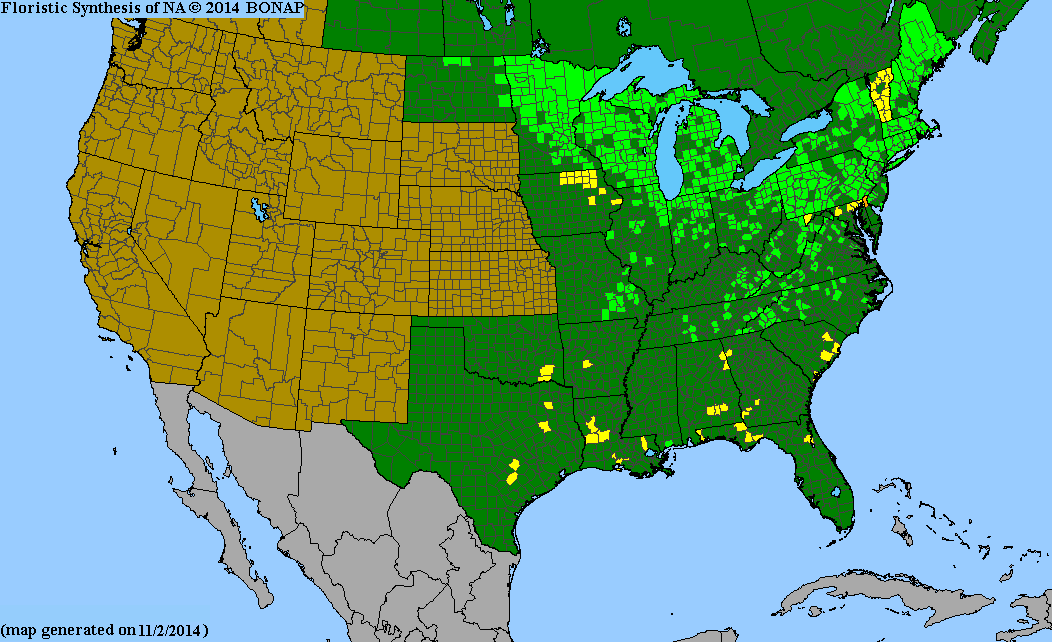 Cirsium muticum, or Swamp Thistle, is native to most of the eastern United States. As its name suggests, it grows in moist areas, like swamps, moist prairies and meadows and along railroad tracks, roads and ditches in moist soil. It blooms in late summer with pink-purple flowers.

There are a number of species that look very similar in this genus. This species is one of the tall species among this group and usually reaches well over five to six feet. While it does look similar to several other species, there is an easy way to tell this species apart from its cousins. The plant, in bloom, has a different color flower - its flowers are not light purple, but rather a deeper pinkish-purple to fuschia color, for one; additionally, the bracts under the flower have a very distinct spiderweb design between the bracts that other species lack. See picture below.