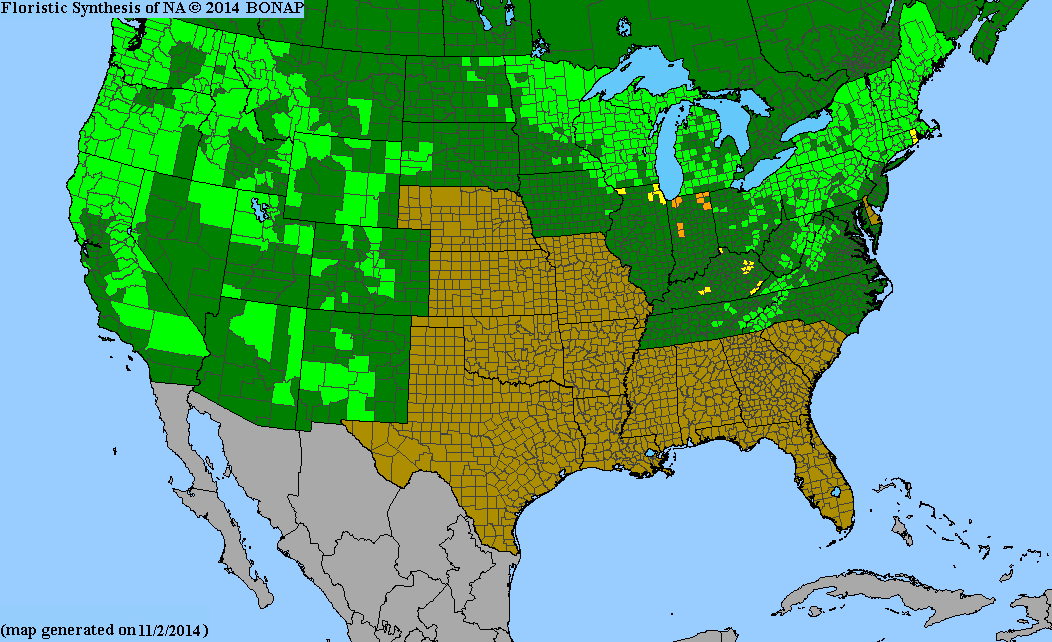 Circaea alpina, or Small Enchanter's Nightshade, is native to the entire United States, except the southeast and south-central US. It is a hardy perennial, which grows in cool, shady, moist open woods and bogs. It blooms in early to mid summer with small white flowers.

The only other plant that looks similar to this is its cousin, Circaea lutetiana, but the two can be easily distinguished - Circaea lutetiana is a taller plant, frequently between 12 and 18 inches tall, and it grows most often in dry woods. By contrast Circaea alpina has a diminutive stature, reaching a maximum of only 8 inches in height and only grows in moist, cool woods. It also has smaller leaves that have more teeth and are more heart-shaped than Circaea lutetiana which has longer leaves that are also toothed, but not as much.