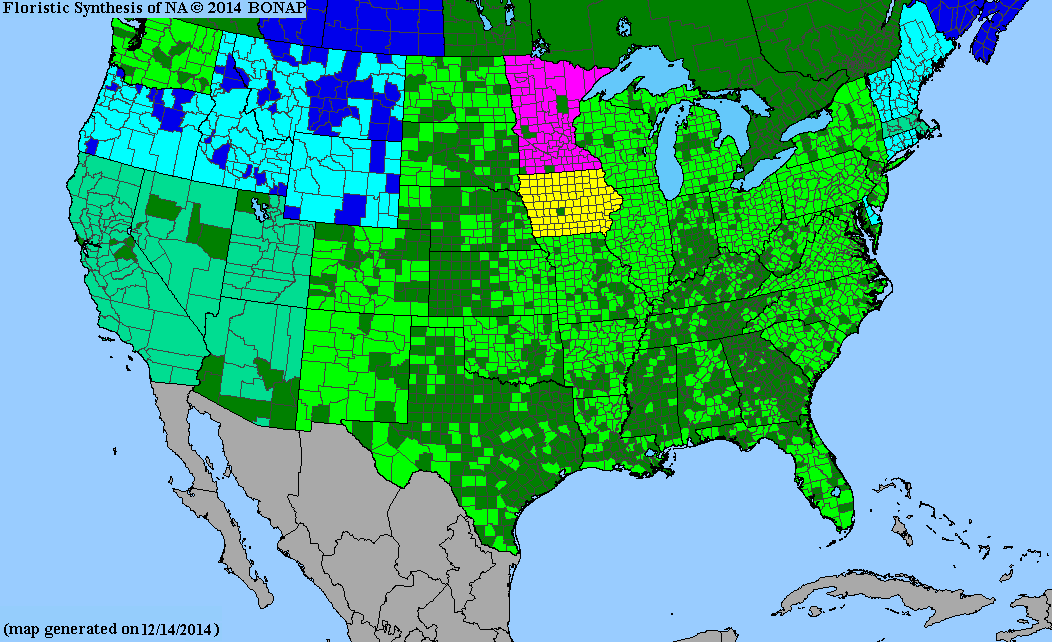 Chenopodium album, or Lamb's Quarters, is a summer annual. It can be found in the entire continental US. It grows in all sorts of places, including yards, gardens, fields, driveways, along roads, along woods, in disturbed areas, along buildings and in open woods. It is a native plant that is edible and is an important food source for many animals, and even some humans. The plant can grow to be quite large (over six feet), or just a few inches, depending on how much water and nutrients it gets.

This plant can be distinguished by other similar species by its toothed leaf margins, and its mealy appearance of the leaves (especially on younger plants) - they have a whitish or silvery appearance to them. The stems usually have a purple-red appearance.