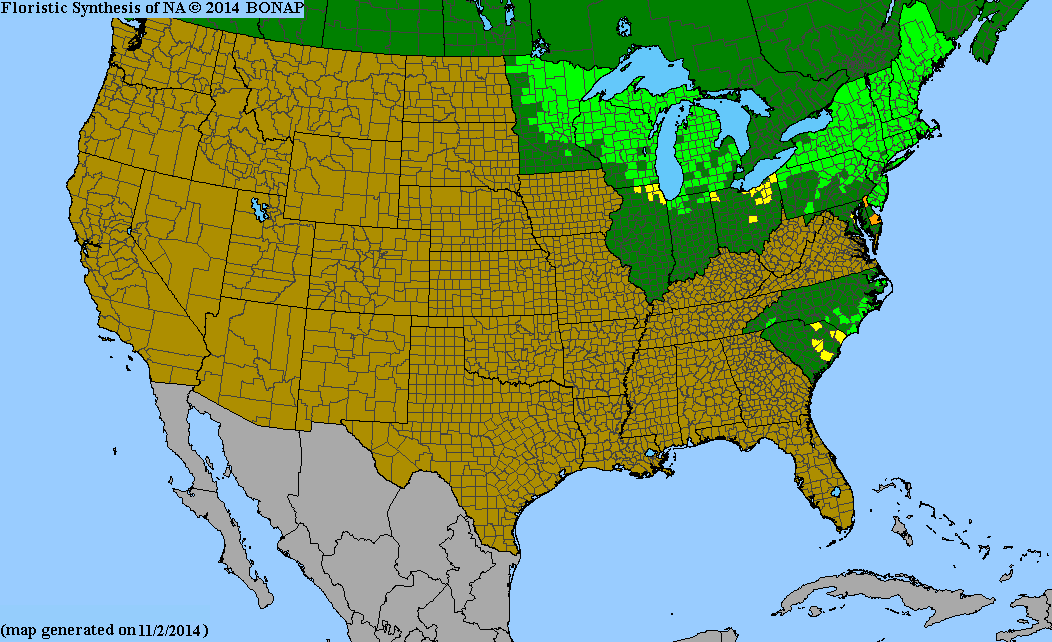 Chamaedaphne calyculata, or Leatherleaf, is native only the northeastern quarter of the United States and Great Lakes region. It is a hardy perennial dwarf bush, that grows in moist, acidic areas, such as bogs, fens and river and lake margins, often in sphagnum moss. It blooms in early to late spring with white bell-shaped flowers.

This plant stands out from any of its lookalikes, because it blooms early, and has bell-shaped flowers; although several other members of the Heath family have similar shaped flowers, they are not bright while like this species, and they are also not arranged in long lines at the end of the stem.