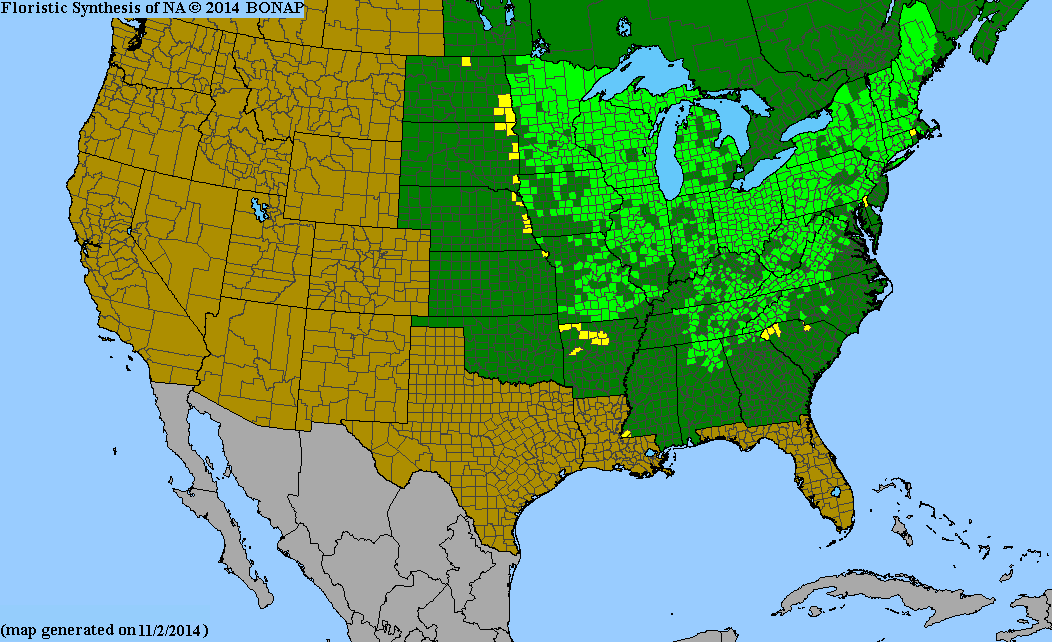 Caulophyllum thalictroides, or Blue Cohosh, is native to the most of eastern United States, except the southeast. It is a perennial, that grows in open hardwood forests. It blooms in early spring, sending up purplish stalks with yellow-green flowers that can sometimes be purplish as well.

This species cannot easily be mistaken for much else, except another similar species, Caulophyllum giganteum, which has purplish stems as well, but its flowers are also purplish, and they bloom before the leaves come out, and additionally, the plant blooms about two weeks early than the Caulophyllum thalictroides, when both are found in the same location.