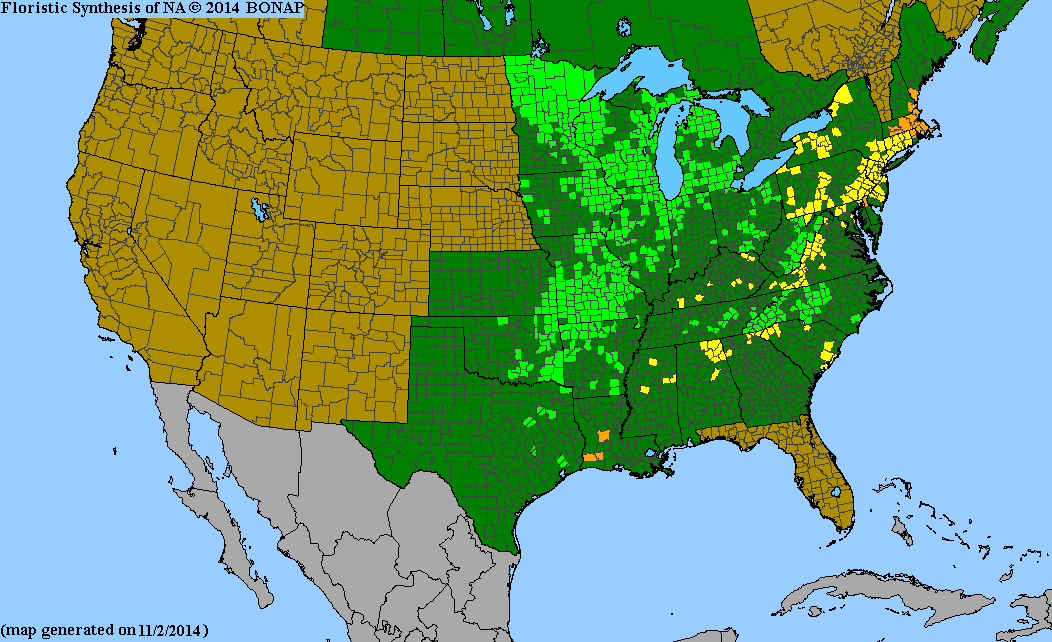 Castilleja coccinea, or Indian Paintbrush, is native to most of the eastern United States. It is an annual, that often comes up in the fall and overwinters; it grows in moist areas, like ditches, streamsides, moist open woods, and moist prairies and along roadsides. It blooms in mid to late spring and continues into summer. It has what appears to have bright, showy orange flowers, but they are actually modified leaf bracts which draw pollinators to its very un-showy actual flowers. The plant is partially parasitic on nearby plants.

This plant is very showy! There are, in fact, many other Castilleja species, whose flowers range from red, pink, yellow and orange and others, but Castilleja coccinea is the only species that grows in the eastern US. This separates it from its Western cousins, and nothing else there resembles it. More information may be posted later on the western species.