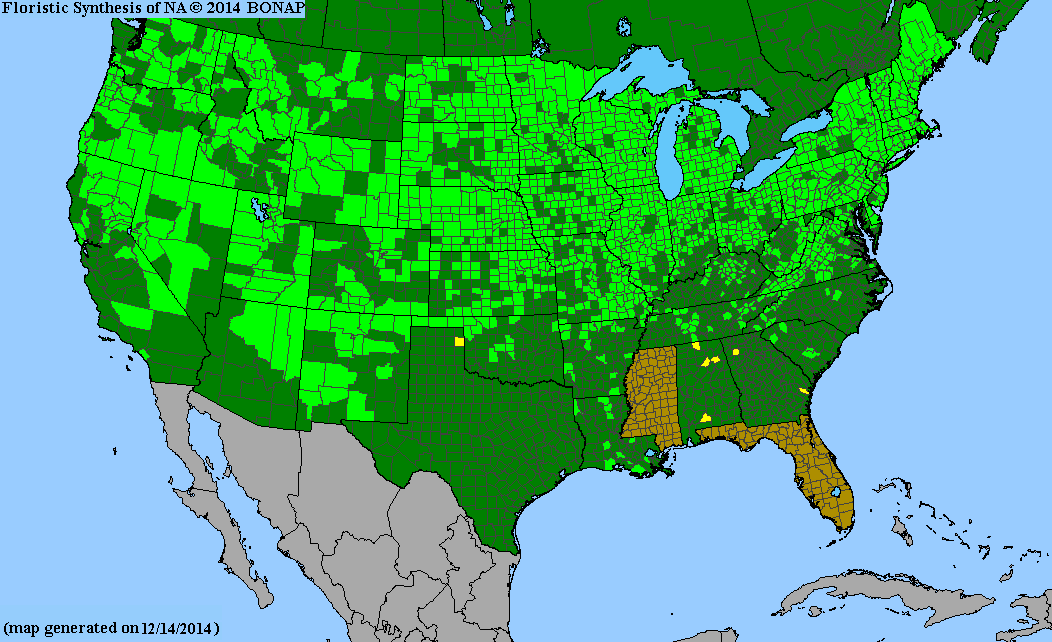 Bidens cernua, or Nodding Bur Marigold, is native and reported in the entire United States, except Florida or Mississippi. It is an annual that grows in wet areas, like swamps, fens, shorelines and other similar areas. It blooms late in the season, usually in late summer and early fall, with relatively large yellow petals.

This plant looks similar to some other members of the Bidens genus, however, it can be distinguished from other species by its lack of teeth, or prominent teeth, on its leaves, and the fact that its flower heads turn downward as they get older. Most blooming plants have some older flowerheads on them, so that this can be observed.