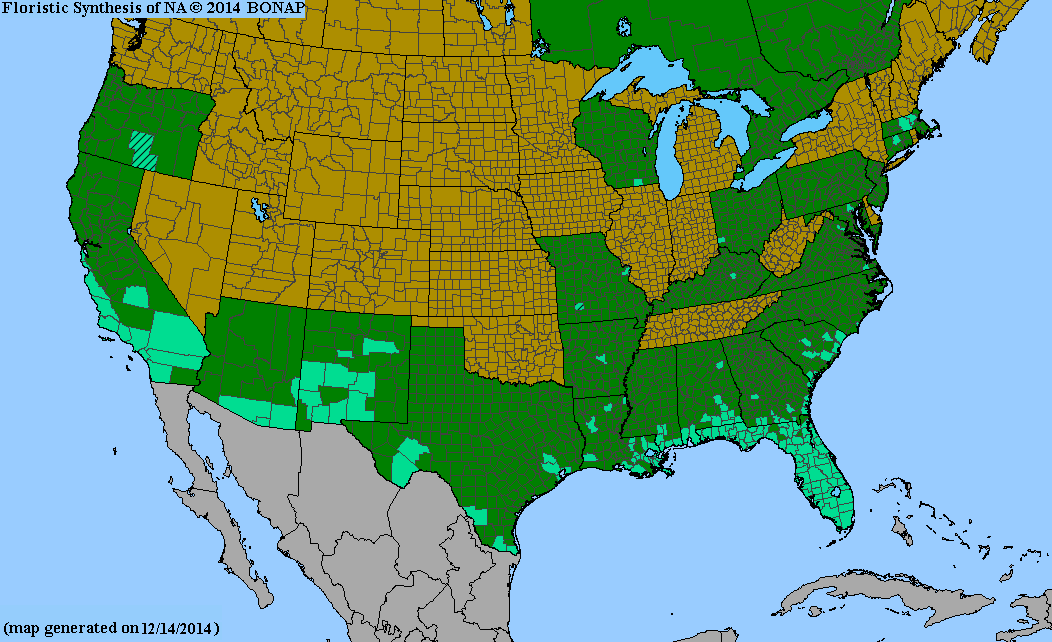 Bidens alba, or Spanish Needles, is considered native by some, and non-native by others; and yet some others distinguish between "Bidens pilosa" and "Bidens alba" - the taxonomy is very confusing. Here, we treat the two as synonyms, and consider Bidens alba as native; one way or another, it is native to parts of North America just south of Florida, if not native to the continental US. The plant grows in many areas, from open woodlands, to roadsides, and in waste places, like unweeded areas in yards and driveways. It begins blooming in early spring, and continues until frost; in warmer areas, it may bloom year-round. Individual plants are short-lived, but it spreads easily from seed.

The plant is easily distinguished from most other species in this genus because its flowers are white, whereas the typical color for this genus is yellow. Bidens bigelovii is another white species, that has a small area of overlap in the Southwest, but it can be distinguished by its fern-like leaves.