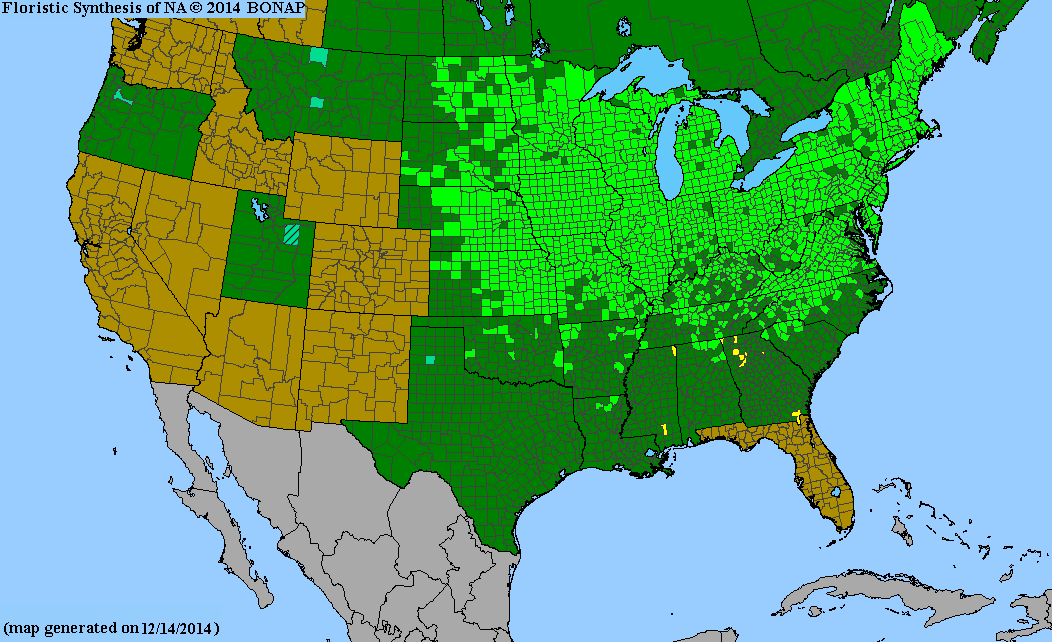 Asclepias syriaca, or Common Milkweed, is native to most of the eastern United States. It is a perennial that grows in open fields, prairies, and meadows, as well as along roadsides and railroads and in lawns and waste places. It blooms in mid summer, with flowers that can range from light to dark, and can be purplish to pinkish. This, along with other Asclepias species, are the food source of the Monarch Butterfly (Danaus plexippus).

Although there are over a hundred species in this genus in the United States, they come in many different shapes and colors, which makes most of them easy to distinguish. There are two species most likely to be confused with Asclepias syriaca, they are: Asclepias sullivantii and Asclepias purpurascens. Aside from the fact that they both have smaller distributions than Asclepias syriaca, Asclepias purpurascens also typically has darker flowers, and its flowers only appear at the top of the stem, instead of all along it. Meanwhile, Asclepias sullivantii, is entirely glabrous - which means smooth, no hairs on it - so its leaves are not fuzzy, and it also has a flower head with fewer flowers. In addition, the seed pods of Asclepias syriaca have small bumps or warts on them, where the other two species have smooth seed pods. Photos to aid in identification will be posted when available.