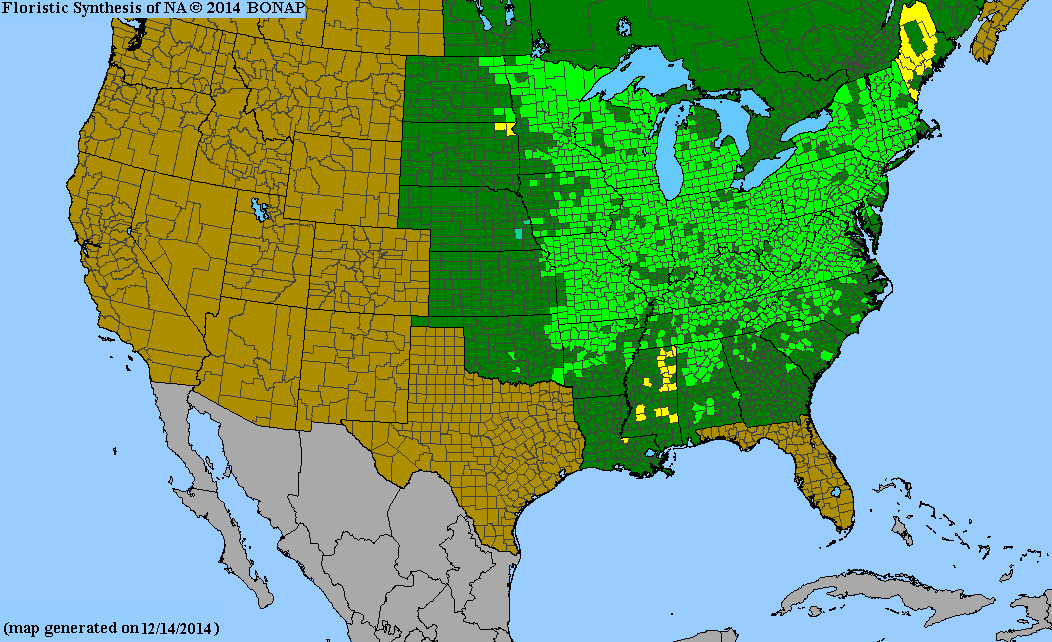 Asarum canadense, or Wild Ginger, is native to most of the eastern United States. It grows in open woods, as well as shaded woods. It blooms in mid to late spring, with small brownish flowers that easily hide under its velvety leaves.

There is only one species of Asarum that grows in the east, and it is Asarum canadense. These easily separates it from the other species; but there are also species of Hexastylis, which have a distribution in the southern US and overlap this. To tell them apart, Asarum canadense has fuzzy, heart shaped leaves that disappear each year back under the ground, while the species of Hexastylis have evergreen leaves that persist through winter until new leaves come up in spring.