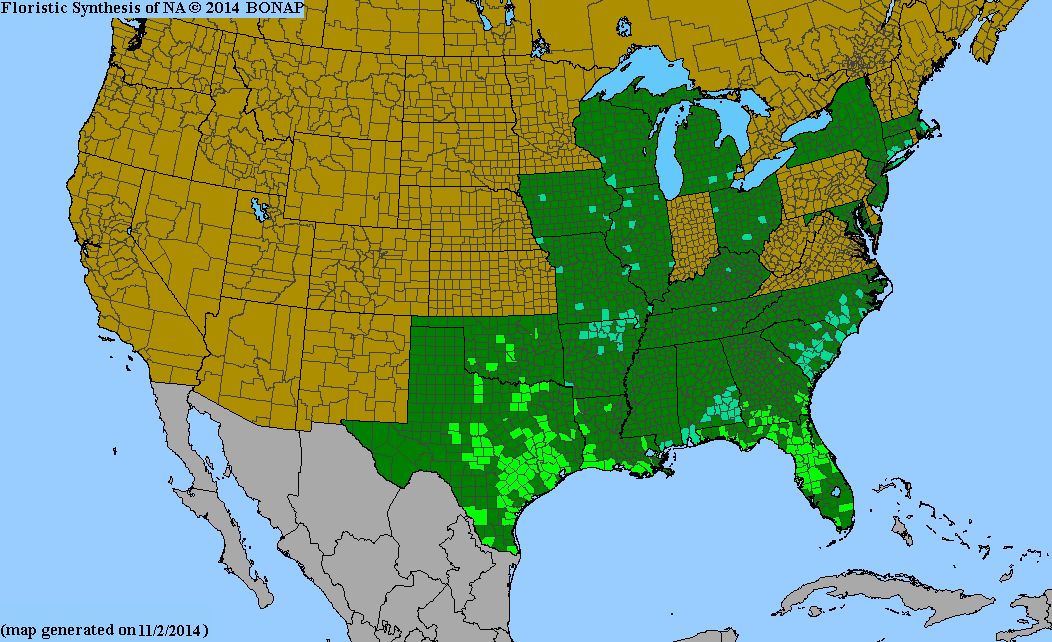 Argemone albiflora, or White Prickly Poppy, is native to the southern United States, particularly, Texas, Louisiana, Oklahoma and Florida; it can be found in other states, but is considered adventive there. It is an annual that grows in open fields, along roadsides and railroads, and in disturbed waste ground. It blooms from spring into fall, with large white blooms resembling garden poppies.

This plant looks similar to some other members of the Argemone genus. More information will be posted at a later time about differentiating other species, but it can be most easily distinguished by its large white flowers and its bluish foliage.