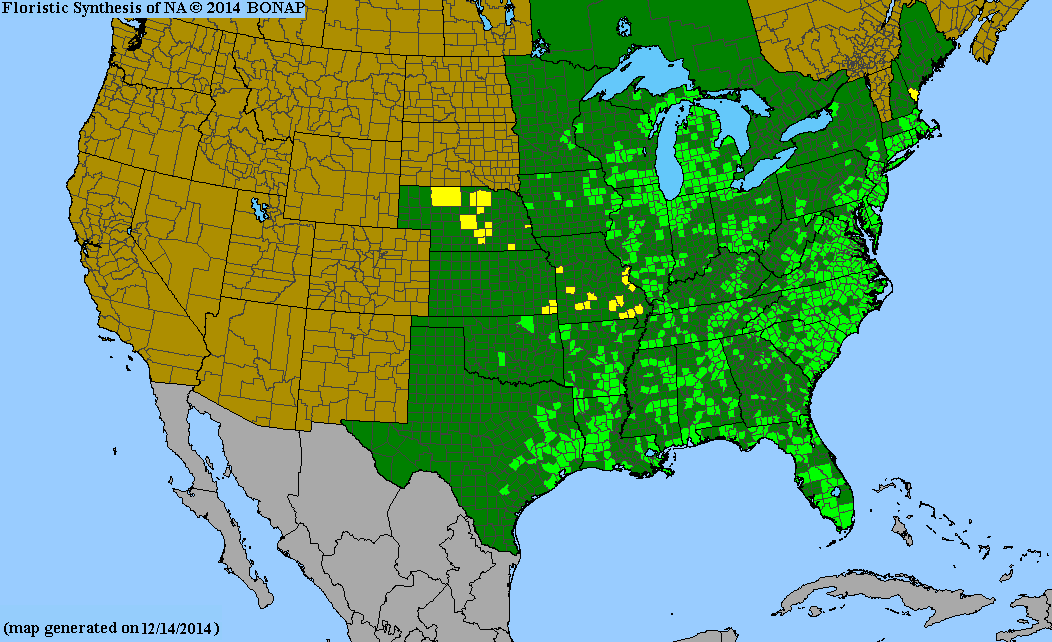 Agalinis purpurea, or Purple False Foxglove, is native to the eastern half of the United States. It is an annual that grows in wet, sandy areas, like open, sunny areas of swamps, fens, shorelines and other similar areas. It blooms late in the season, usually in late summer and early fall, with medium-sized pink flowers.

This plant looks similar to some other members of the Agalinis genus, of which there are over thirty. One of the most similar species is Agalinis tenuifolia. The two can be distinguished most easily by the flower stems - Agalinis tenuifolia has long stems for each flower, while the flowers of Agalinis purpurea have very short stems. See photo for comparison. More information on other species will be posted later.