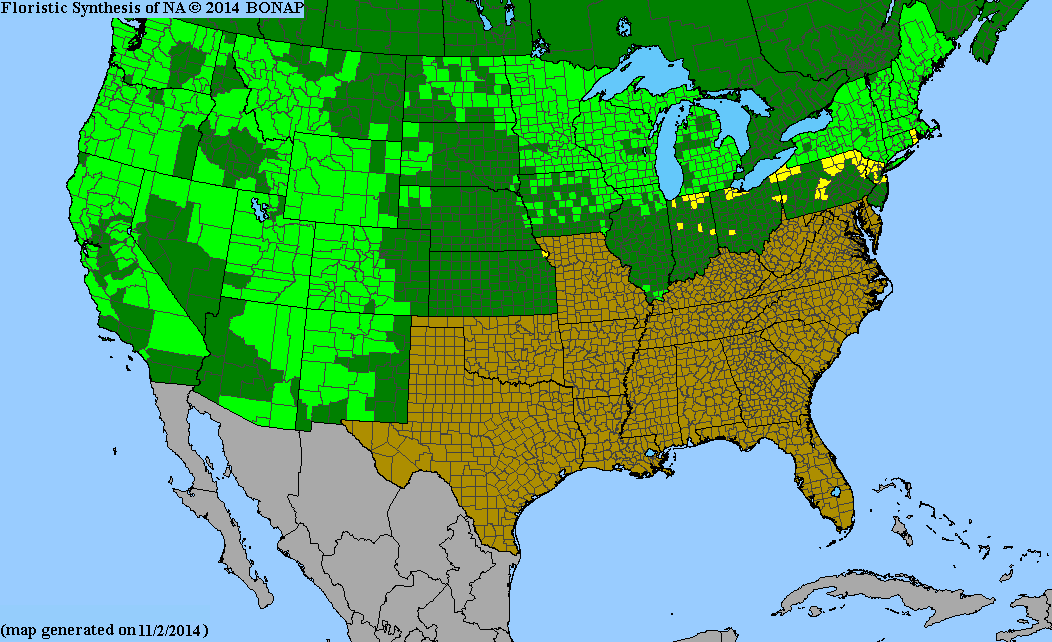 Actaea rubra, or Red Baneberry, is native to most of the western half, as well as the northeastern quarter of the United States. It is a hardy perennial, which grows in open woods and along woodland edges. It blooms in mid to late spring; in mid to late summer, bright red berries appear where the flowers were.

This plant is one of several species of Actaea in the US, most of which have long flower stalks and are easily distinguished from this species, however, Actaea pachypoda is a very similar species to this. Actaea rubra, however, has bright red berries, instead of white - this is the easiest was to distinguish the two species, if they are observed at time of ripe seed. The other major distinguishing feature is the stalks of the flowers and, later, seed pods - the stalks of Actaea rubra are very thin, whereas Actaea pachypoda has very thick stalks. See below for a comparison: