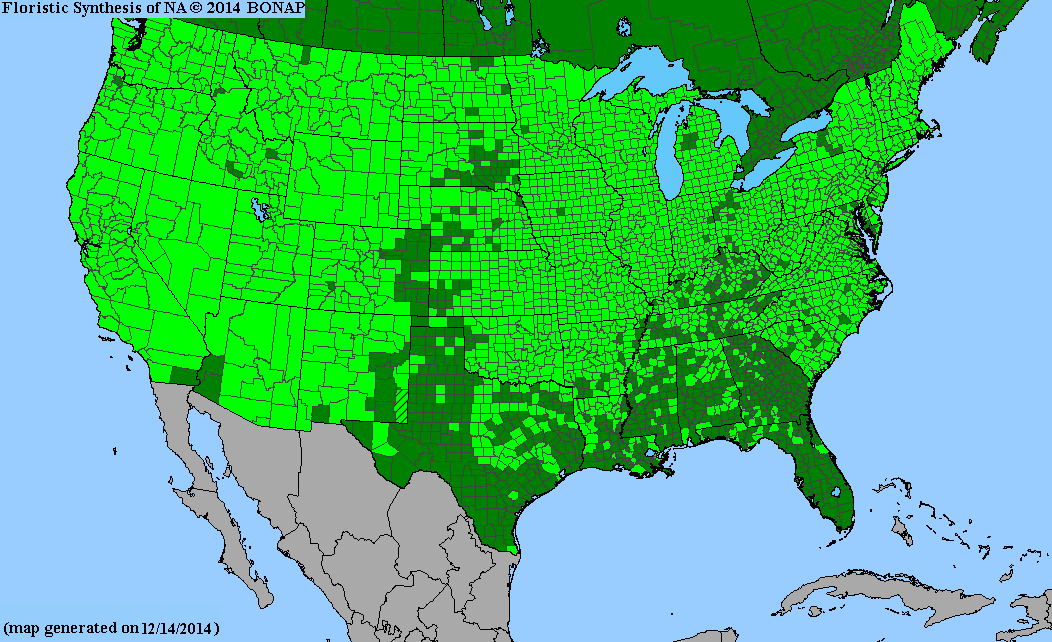 Achillea millefolium, or Common Yarrow, is native to the entire continental United States. It is a hardy perennial, which grows in fields, prairies, along trails, and along woodland edges, as well as in open woods, though it usually does not bloom much in shade. It blooms in late spring and early summer, and in warmer areas, it may be found blooming at earlier or later times.

The plant is rather distinct, with fern-like leaves and a flat-topped bunch of flowers at the top of the stem; there are other non-native varieties that come in different colors (pink, red, yellow), but the native wild type is white.